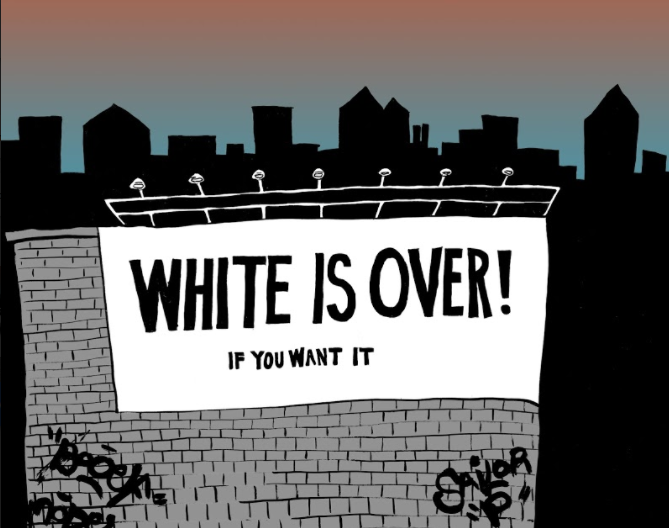 Though my colleague, Tafari Robertson, in his brilliant column “Debunking the Myth of White Majority”, has already exposed whiteness in the United States as a cultural lie used to perpetuate a system of racist power, I will define whiteness to place this column within a certain framework. To be white in the United States is to be a descendant of those Europeans who long ago chose to abandon their identity in search of something “new”: stolen land.

Racial categories, white, black, brown, red, etc., are used to subjugate non-white people the world over. This bending of semantics upholds a white supremacist society. As someone “white”, whether you know it or not, and regardless of your socio-economic standing, you benefit from a privilege. In Texas, a bizarre state I have now inhabited for four years, I continuously meet individuals that either deny the existence of “white” privilege or fail to acknowledge or do something productive with it.

A lot of you tell me, upon my insistence that whites should have a more active role within activist circles, that you “didn’t choose to be white.” You weren’t born white, you became white. You actively remain white. You are estranged from yourself, and in that absence, have been instilled with an allegiance to a country that was never great, but instead has continuously attempted to push non-whites into non-existence through crusades that have, at times, been defended by the law. In your whiteness, you are granted the heavenly luxury of not having to think about race daily, your heartbeat doesn’t speed up when you’ve been pulled over and find yourself staring blankly at the red and blue lights of the fascist foot soldiers we call police; you don’t leave your home wondering if you’ll ever come back–no, you don’t give a damn.

However, I wield enough optimism to claim that you are at death’s door. Do not interpret my words on a superficial level, no one is threatening you with physical harm, though we, the non-white victims of your crumbling narrative, reserve the right to self-defense. Rather, the oppressive world you have built, through the exploitation of millions and the waging of barbaric wars against one another, is coming apart at the seams. Though the current political climate, in which a white supremacist inhabits the White House and those of his ilk freely demonstrate all around the country, would prove otherwise, I see them as an aberration. Through a constant, not daily, but hourly, ideological struggle in which we aim to deconstruct “whiteness” and everything attached to it, we will win.

Whiteness will be over because we want it to be. And when it dies, there will be millions of cultural zombies aimlessly wandering across a vastly changed landscape.

Ontologically speaking, white death will mean liberation for all. To you goodhearted liberals, apathetic nihilists, and right-wing extremists: accept this death as the first step toward defining yourself as something other than the oppressor.

Until then, remember this: I hate you because you shouldn’t exist; you are both the dominant apparatus on the planet and the void in which all other cultures, upon meeting you, die.