Update 2/12/21: We’ve found that Dreyer’s full name is Trevor Cole Dreyer. We leave the rest of this article as it was initially published.

In the past week, a Proud Boy by the name of Cole Dreyer has exposed himself on social media. In a series of Facebook comments under a pro-choice post, Dreyer progressively escalates from spewing conspiracy theories about after-birth abortions to anti-black racism and rhetoric about “culling” Austin of left of center people, whom he calls “fascist terrorists.” 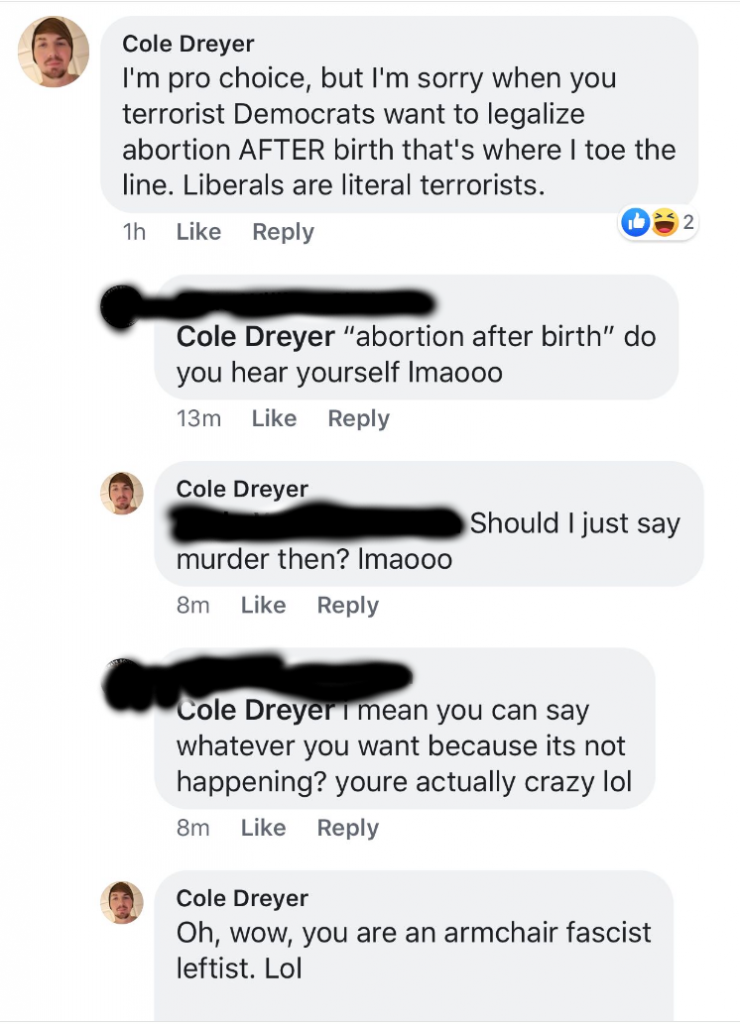 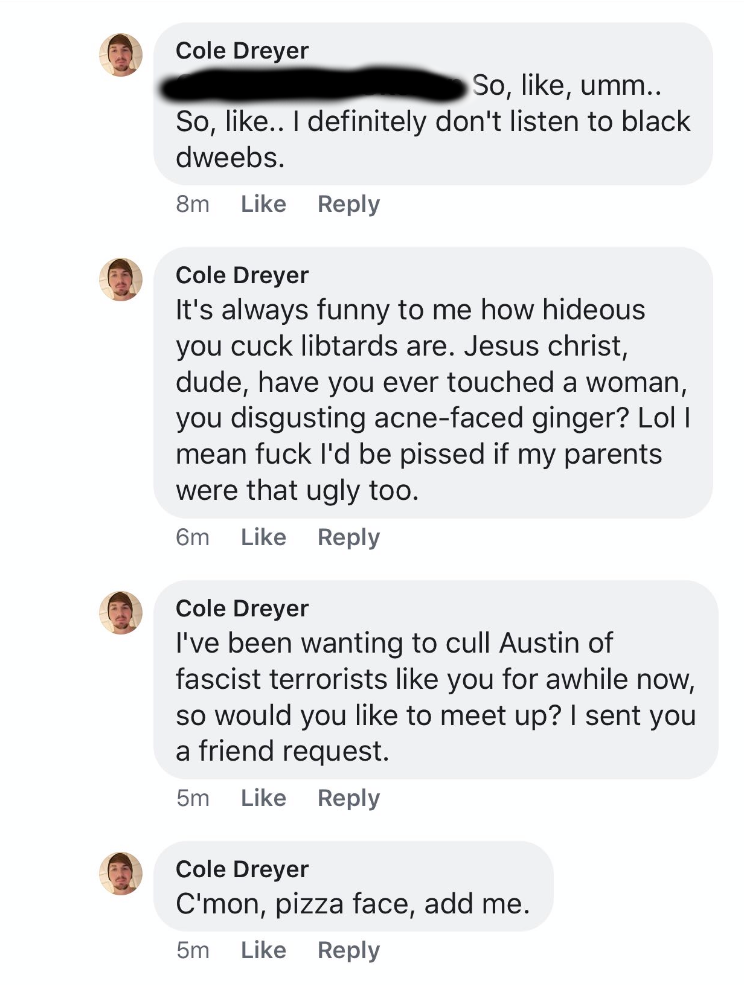 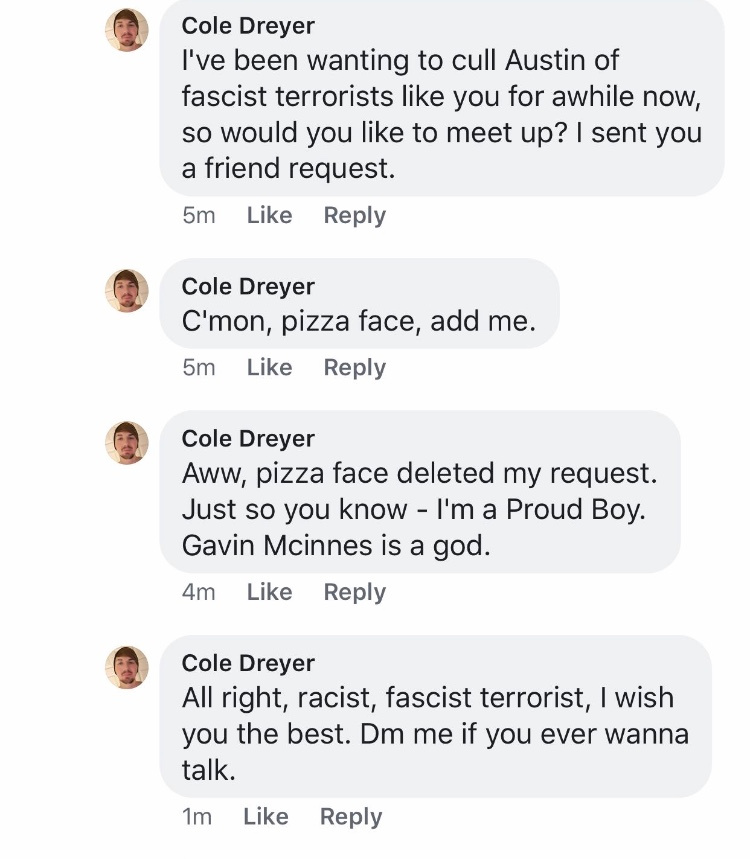 Dreyer then reveals he is a Proud Boy and, in a series of private messages, further reveals that he works as an IT for Oracle. He also indicates that he regularly harasses those he perceives to be liberal, using his size to physically intimidate people.

For context, The Proud Boys are a far-right nationalist, “Western chauvanist” group founded by Gavin McInnes. Branding themselves as a more palatable and diverse men’s organization than traditional white supremacist groups, they focus their politics around American nationalism, Western supremacy, and strict patriarchal notions of gender and family. They’ve frequently been found to have connections and overlap with outright Neo-Nazi groups. One of the defining features of the Proud Boys is a thirst for violence, expressed in things like calls to attack immigrants and attacks on anti-fascists, people of color, queer & trans folks, and others in the streets. 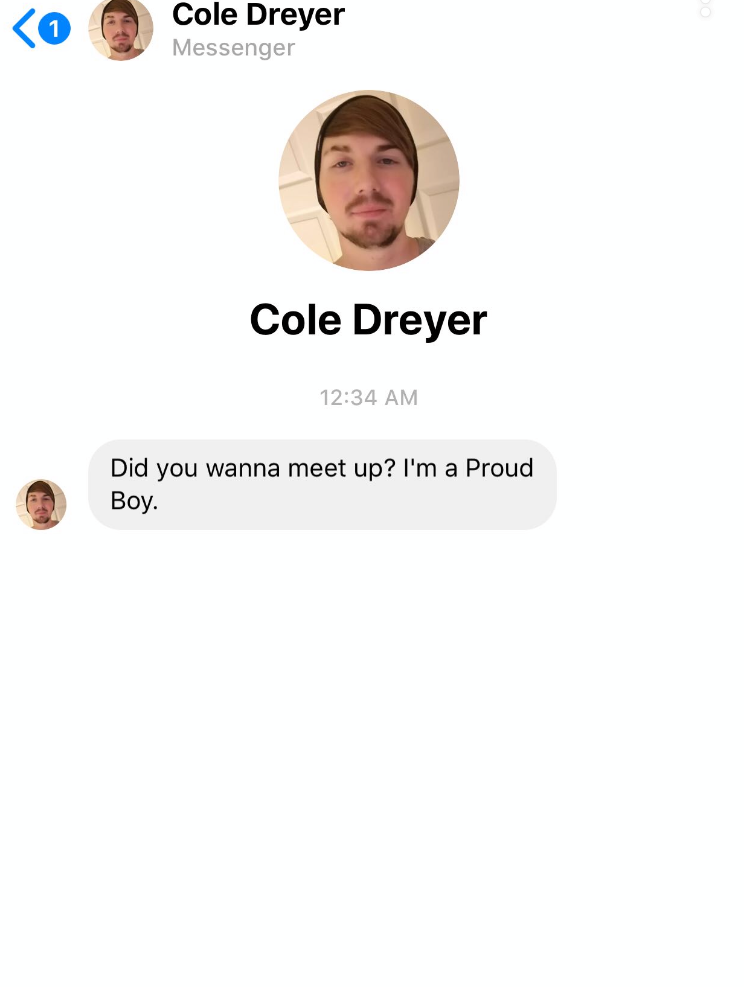 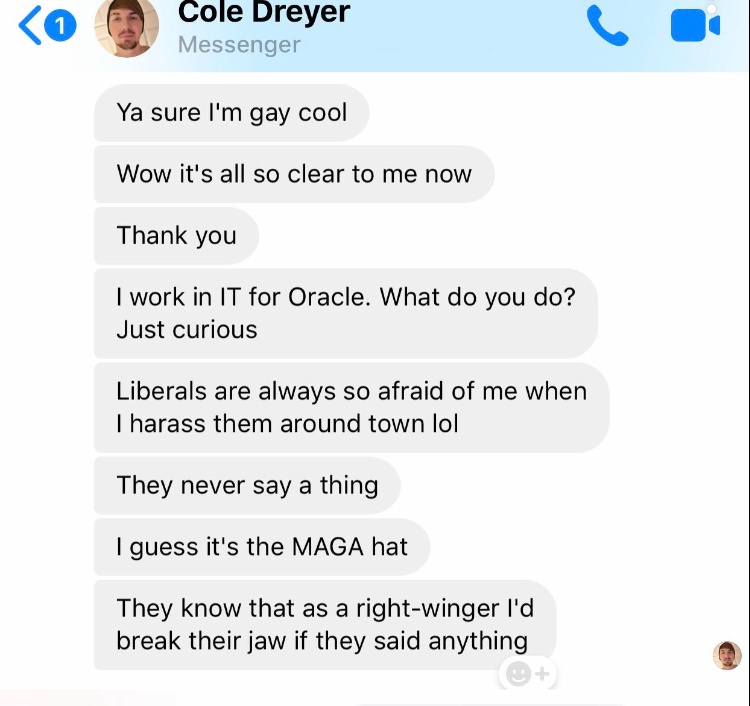 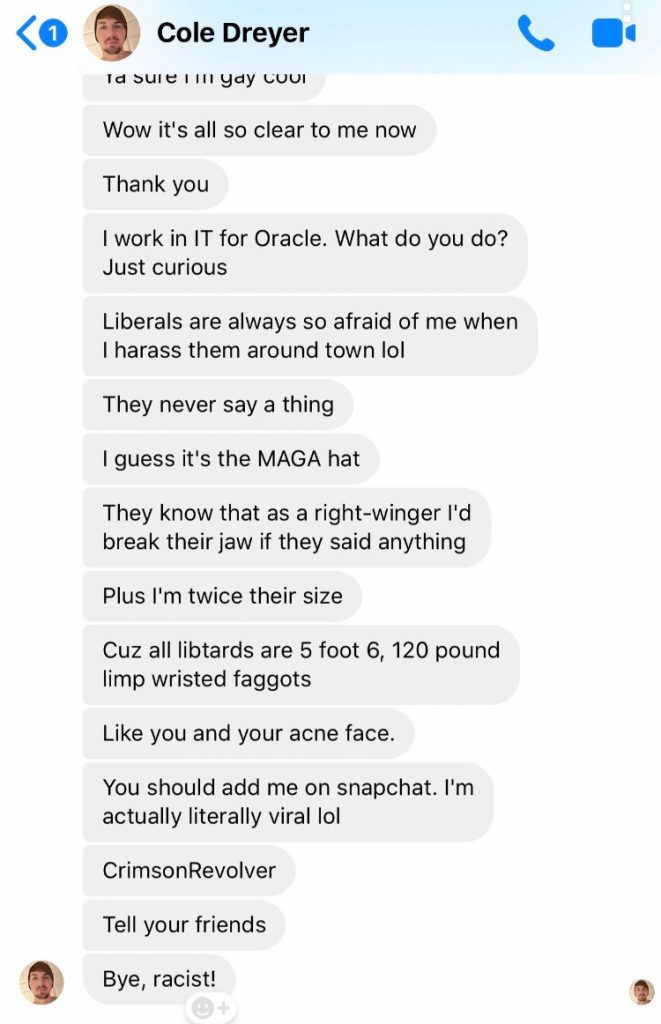 While Cole has erased his Facebook after sending these messages and receiving push-back, he can’t erase these screenshots. We encourage you to contact Oracle’s Austin campuses and question them on why they employ a violent fascist.