Over the past 6 months, the long standing war on the homeless in Austin has seen some massive escalations. After a coalition of progressive groups got Austin City Council to decriminalize acts like sitting, lying, and camping, a counter-coalition of business interests–associated with groups like Take Back Austin, the Republican Party, and the Downtown Austin Alliance–whipped up a fervor and fought back. This set the stage for our present moment, in which regular sweeps carried out by TXDoT alongside daily harassment from APD further marginalize those who have already been dispossessed and displaced by a city . While we could open this piece with a deeper explanation of the events that led us here, that work has already been done by organizations like Homes Not Handcuffs and Stop the Sweeps Austin. Our interest is not in just recounting this history, but in offering an intervention to inform and motivate action to impede these forces. There are a whole litany of forces at play here, all of which have different vested interests and weak points. While we hope to dive into some of these forces in the future, right now we offer this investigation on one of the primary forces enabling the sweeps of homeless camps: a company named WorkQuest.

We should note here that when we lay responsibility for the sweeps at WorkQuest’s feet, this encompasses more than the sweeps ordered by Governor Abbott in November. As reported by pages like Human Kindness/House the Poor, similar “cleanup” sweeps were being carried out at the cities behest before the governor gave the order. While these sweeps were of a lower intensity and frequency, they are part of the same continuum of displacement tactics which unite the falsely opposed sides of the City and State governments.

From the reports of those on the ground fighting the sweeps, it became clear that it was not, in fact, the police or government employees stealing people’s belongings, but employees of any number of private contractors. Some of the city’s sweeps were staffed by a non-profit named Relief Enterprise, a non-profit whose stated mission is to provide employment opportunities to disabled people. Meanwhile, the State’s sweeps were at first staffed by the day labor company Pacesetters, and then by the non-profit Enterprise Professional Services, Incorporated, which is a real company name for a company with an identical mission to Relief Enterprise.

While WorkQuest was not present on the ground, the entire operation of the sweeps was their doing. To paint a picture of their role, we have to back up a couple steps.

The Texas Workforce Commission, a state government agency which provides unemployment benefits and employment related services. TWC oversees the Works Wonders program (aka the State Use Program), a program implemented in 1978 by the state legislature to offer employment to disabled people. The program works by connecting agencies–whether local governments, state departments, or other public institutions–with a “Community Rehabilitation Program” that employs disabled people to provide products or services. These CRPs can be various non-profits, such as Relief Enterprise and EPSI. While TWC maintains the statutory authority over the program, they contract with a Central Nonprofit Agency to administer the everyday operations of the program.

Since 1978, that Central Nonprofit Agency has been WorkQuest (formerly known as Texas Industries for the Blind and Handicapped). As the CNA, WorkQuest facilitates the negotiation of contracts, connecting agencies with CRPs to fulfill services, and market the program. They are overseen by TWC, who is assisted by the Purchasing from People with Disabilities Advisory Committee in setting objectives, rules, and evaluating performance. For the time being we will focus our attention on WorkQuest, and so will not dive into the broader operations and members of TWC or the Advisory Committee.

Most of the recent sweeps of homeless camps in Austin have been facilitated by WorkQuest. They set up a $390,000, 1 year contract between the City and Relief Enterprise for sweeps last April, and then helped TXDoT when they took over jurisdiction for the sweeps. While the state sweeps have been the most regular and visible, there have also been reports of the City of Austin continuing its sweeps under overpasses in collaboration with TXDoT.

WorkQuest’s internal structure is surprisingly obfuscated for such a high profile, state-contracted non-profit. A look at their 2018 tax filings gives us the closest hint at who holds the reigns in the company. At the top of the company is the President and the Board of Directors. From them, there are then a series of Directors who manage the financial, administrative, and other operations of the entire company. Answering to them are regional marketing managers, who take responsibility for facilitating contracts for cities or agencies in various regions of the country. Here, we offer a rundown from the top of WorkQuest to the local agents responsible for the contracts that enabled the sweeps.

Click here to see the Advanced Agitations, which contain some extra information. 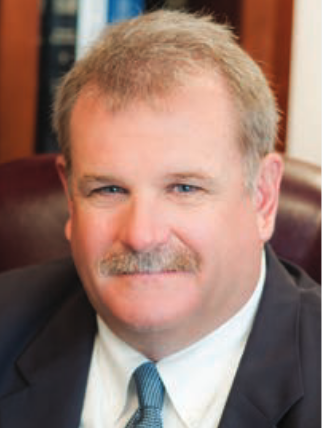 Workquest’s President is Fred Weber, Jr. He is listed in the tax filings as the principal officer for the corporation, and his name can be found in any of WorkQuest’s annual reports. His official work email has been listed as fweber@tibh.org. His other organizational positions and affiliations are:

The Board of Directors:

According to their tax filings, WorkQuest has a 7 member Board of Directors. We were able to only find real information on two of these members. One listed member, Tommy Crowe, passed away in 2019. We do not know if a new board member has been selected or who that might be.

The full Board consists of: 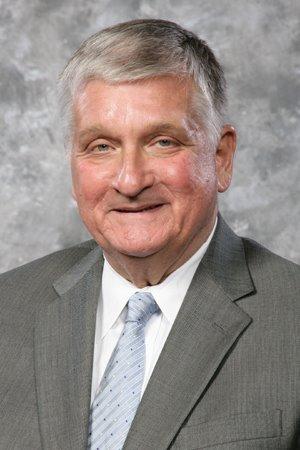 Besides his role in WorkQuest, Gibson is also President at The Lighthouse for the Blind of Houston and the Houston Lighthouse Foundation.

Also listed on the company’s tax filings are various Directors for the company. With some digging, we found that these people and their roles are: 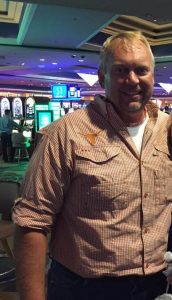 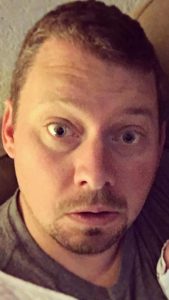 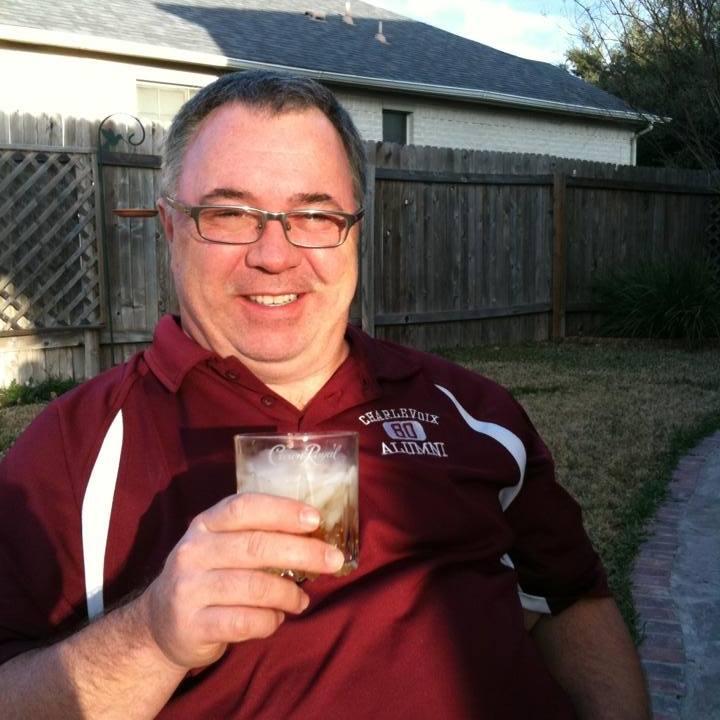 Roxy Van Loo is one of main directors who helped put the contracts together. In the documents for the City’s contract with Relief Enterprise, emails between him and a City contract management specialist outlines the scope and cost of the contract.

While WorkQuest has a number of Regional Marketing Managers, the one relevant to us in Austin is Abby Monk. Abby is listed as the main point of contact for the City’s contract with Relief Enterprise, and her role as marketing manager for the Central Texas region likely puts her at the center of the TXDoT contract for the sweeps as well.

As a statewide agency, we are lucky that WorkQuest is based out of Austin.

Their main office is located at 1011 E 53rd 1/2 St. It is a small office building surrounded by a small parking lot. There are cameras by the front and back entrances. This is where many of the administrative and office functions for the entire company take place. It is a small distance from the highway on one side and a residential neighborhood on the other. The front entrance, which is fairly wide, is the only entrance to the parking lot of the facility.

WorkQuest also operates a Central Store located at 1130 Rutherford Lane, Building 1, Suite 190. The Store sells office supplies and products created through the Works Wonders program. It is located in a small office park. The front end of the store is fairly small, containing around 10 aisles of various office supplies and furniture watched over by a couple of employees. In the back is a loading area where products are shipped in and where, presumably, products ordered online or by phone are shipped out. 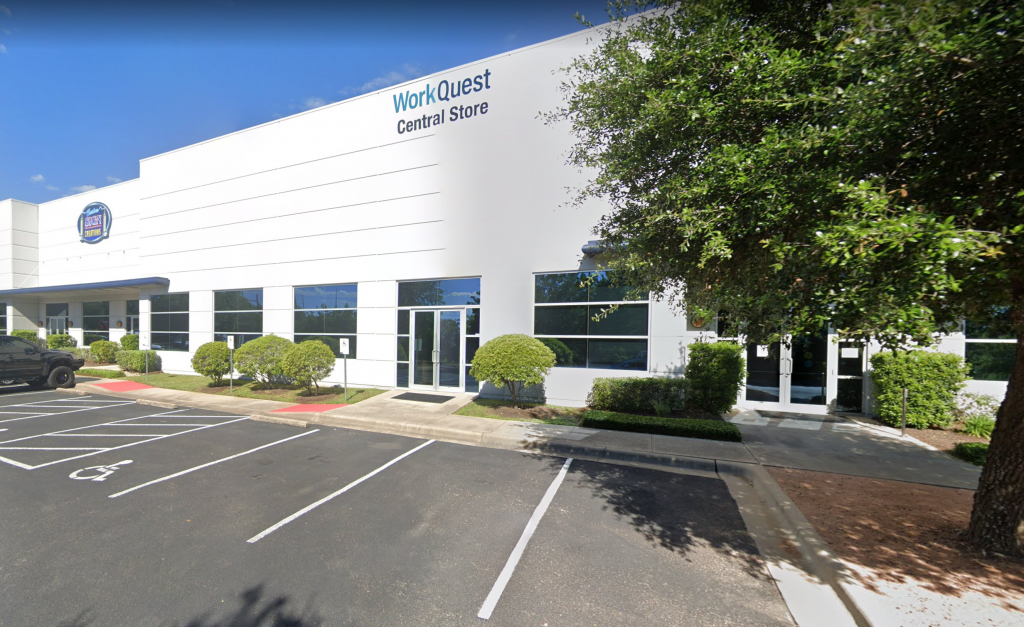 In our analysis, WorkQuest is the agency most directly responsible for making the sweeps possible. While the local and state governments give the commands, WorkQuest provides the labor and resources to ensure the commands are carried out. This also makes WorkQuest a strategic pressure point in the whole operation. If WorkQuest were to cancel or refuse to enable the sweeps, that would force cities to either shut them down or use public employees to carry them out. The latter option could then open up the government to unwanted costs and liabilities. We hope this information can be used by those interested in fighting displacement, even when it comes from those who claim to be working for social justice and inclusivity.