Over the past semester, we have been alerted to the occasional presence of an individual (always the same one) tabling for an organization called Turning Point USA–you may have seen them around with their big posters reading “socialism sucks” “free speech zone” and “I <3 Capitalism.” Upon investigation we discovered they were not a Registered Student Organization–the person tabling isn’t even a student–and so technically have no right to be on campus. Yet we know from recent history that Dean of Students doesn’t really care about that unless you’re a leftist organization! We decided to do some more sleuthing, and we’ve found some interesting information. 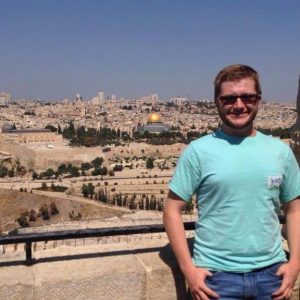 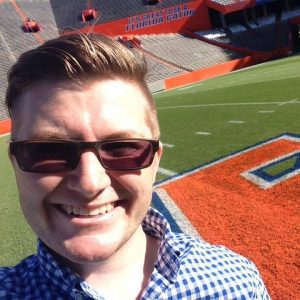 Meet Benjamin Ryan Larrabee–Turning Point USA’s Field Director based out of Dallas. This pasty looking little man (who looks like his mom dressed him and cut his hair) is actually 25 years old and has been driving down to Austin all the way from Dallas to table for Turning Point–something he has done at numerous other schools like UT Arlington, UNT, Texas State, and A&M. A quick survey of his facebook and twitter profiles reveals all the common tropes of a far-right organizer–virulently Zionist, anti-abortion, anti-“political correctness,” pro-“free speech,” anti-communist. Ben has been coming to Austin to garner support for TPUSA’s cause and aims to establish a chapter here soon. But the question remains, why is an organization sending someone from Dallas to colleges across the state to start local chapters?

The answer lies in the nature of Turning Point as an organization. TPUSA is a conservative organization that aims to build the conservative student movement on college campuses. While billing themselves as your classic right-libertarians (with anti-big government, anti-communist, and “pro-liberty” themes), if youd ig a little deeper you’ll find that under their nice polos and blazers are the Blackshirts of the fascist right.

In reality, Turning Point USA exists to facilitate a massive rightward shift towards fascism, utilizing dog whistle politics and a clean, youth-focused image to consolidate support for many of the key tenets of the alt-right and fascism. TPUSA denies being associated with the alt-right, yet their actions indicate otherwise. Significantly:

One can see their ideological political commitments demonstrated as well in their propaganda. Most notably:

So why does this matter? We already have a disgusting conservative student milieu on campus–most notoriously, the Young Conservatives of Texas who have hosted racist bake sales and adopted similar anti-communist messaging, even using propaganda made by TPUSA. What makes TPUSA unique?

Turning Point USA is a special kind of right-wing threat, one that goes beyond mere ideology. Their organizing efforts, if they are permitted to organize on campus, will actively endanger students & faculty and make campus a more hospitable place for white supremacists. Turning Point is perhaps most notorious for putting together a “leftist” professor watchlist–a frightening attempt at attacking en masse critical thinkers and liberatory thought within higher education. We can expect that were they to come to campus, we would see a more organized attack on scholars within the departments of black studies, women & gender studies, LGBTQ+ studies, and more–anyone who is critical of hierarchy and domination will be a target. We can similarly expect a crack down on media sources espousing such views, as has recently happened at Texas State regarding an article on white DNA. We could further expect that Turning Point would seek to bring dangerous right wing figures–Milo, Ben Shapiro, Steven Bannon, Ann Coulter, and more–onto campus to spread their ideology and recruit. This poses a threat to marginalized students on this campus, as these speakers bring with them an audience that is extremely hateful and dangerous. The audience, and often these speakers themselves, have made threats, harassed, and even assaulted students on the campuses they visit. Allowing Turning Point to organize on our campus would embolden the far right–including the neo-nazis & white supremacists that TPUSA takes such pains to claim to separate themselves from–pose a security risk to students, and would limit critical thinking on our campus through attacks on professors.

This is why Turning Point USA–including Ben Larrabee–should be understood as modern-day blackshirts. By mainstreaming and normalizing far-right ideals & figures and using the dog whistles of “free speech,” “anti-communism,” and “limited government,” they lay the ideological foundation for fascism and collaboration with fascism. Whether through attacks on “PC culture,” the perpetuate of hypermasculine rape culture, the pathologization of trans folks, the demonization of Islam, or the targetting of progressive academics, they materially enable the progression of fascist policies and organizing at local and national scales.

Because of this, it is the duty of all students to organize against Turning Point’s efforts and prevent them from organizing. Destroy their propaganda. Spread counter-propaganda, exposing the dark reality behind TPUSA’s respectable face. Disrupt their meetings and events, if they try to host them. Gather information on the people attempting to organize a chapter here and out them for their ties to a hate group. You can even give Ben a piece of your mind about his involvement with such a dangerous organization or his attempts to invade our campus.

Let Ben know that you don’t want him on our campus and that his organization is not welcome here. He can be reached by phone at 386-405-3153. Send any correspondence to 407 Lowell Lane, Richardson TX, 75080. And if you see this man on campus, confront him, expose him, and let your local antifascist students know so we can help back you up and respond.