New information has surfaced about Christopher Ritchie, a violent white nationalist and member of the Texas Nomads, a group that uses SAR in their title but is unaffiliated with the Sons of the American Revolution. Ritchie traveled to both Charlottesville and Portland for violent, white supremacist gatherings, and collaborates with other fascist groups, including Proud Boys, Texas-based Patriot Front, and Patriot Prayer. 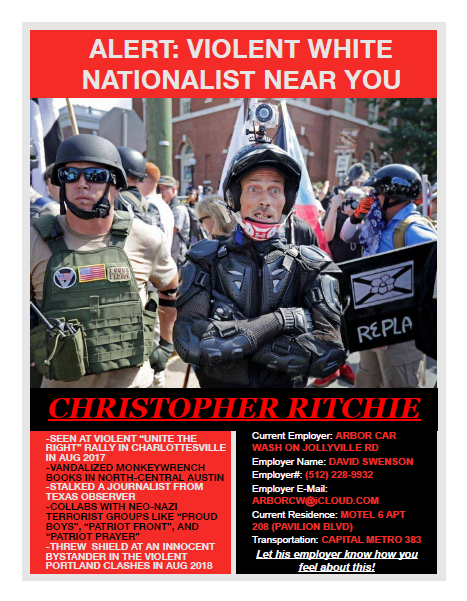 The Texas Nomads also recently traveled to Texas State to harass students after Turning Point USA was banned from campus. Ritchie frequently shows up to Austin community events with fellow Nomad Collin Whites to threaten and harass anyone in the vicinity. Both men are dangerous and collaborate with dangerous groups. Ritchie was fired from his previous job after pressure from antifascists, but seems to have not learned his lesson. Let Ritchie’s employer know about his history of assaulting antifascists at (512) 228-9932.

In the past few weeks, Ritchie and the other Nomads seem to have become more active alongside groups like the local Proud Boys. On Memorial Day they carried out a flag placement at the Texas State Cemetary, where the Nomads and Proud Boys were both photographed alongside the Austin Police and Fire Departments. 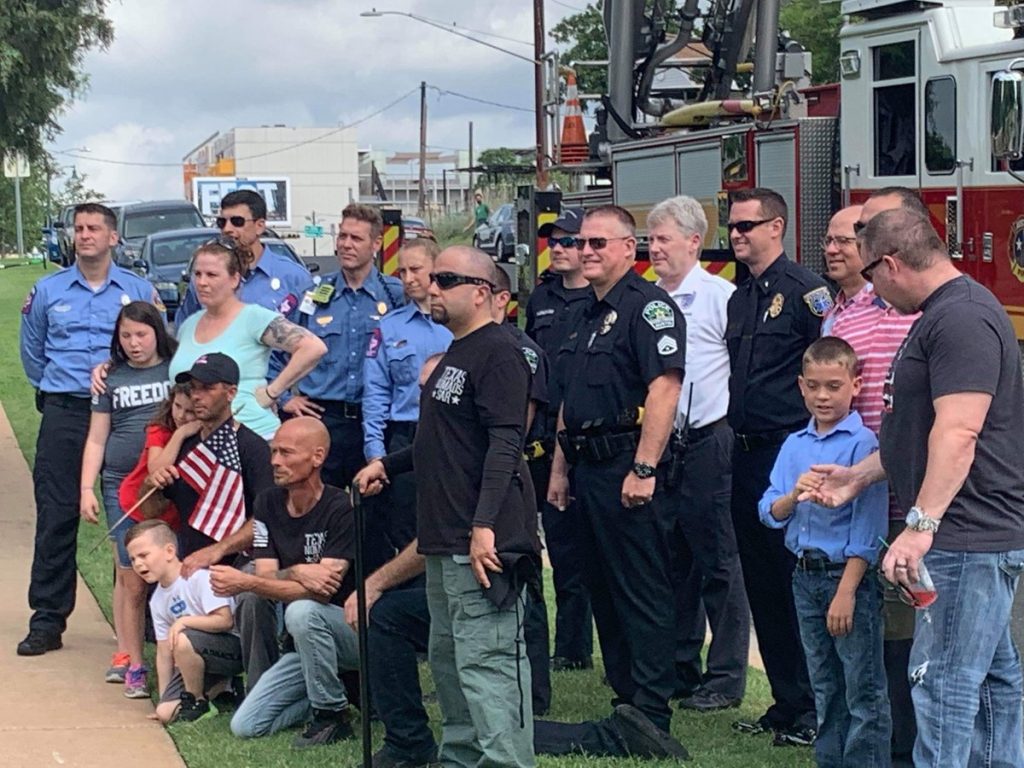 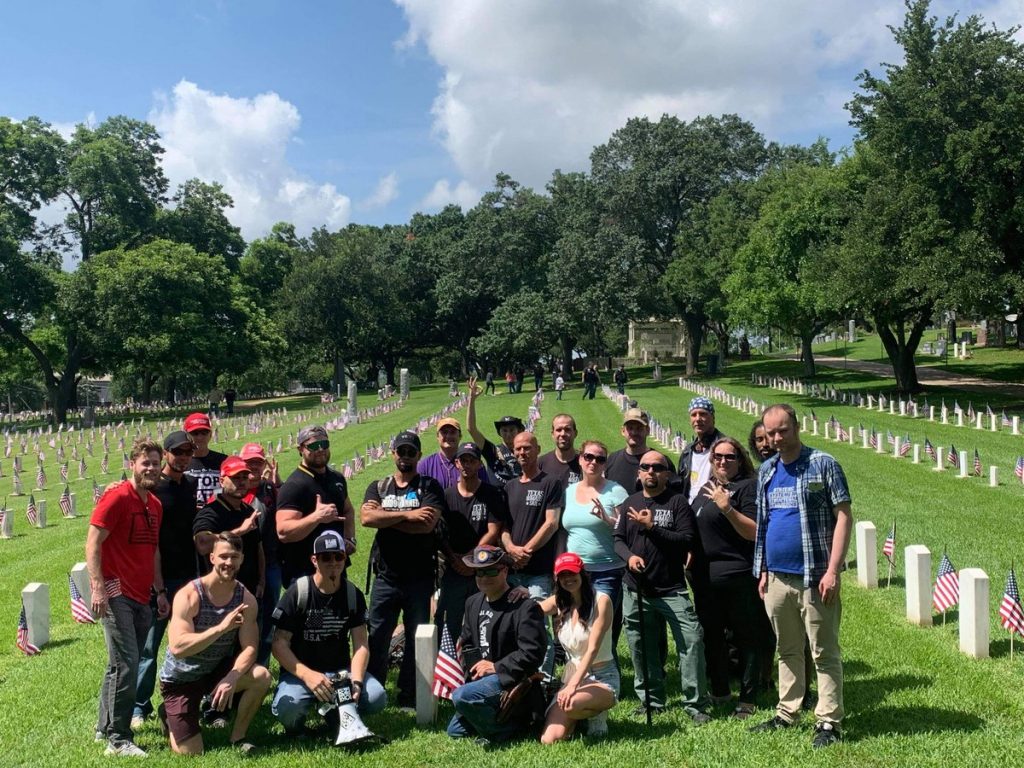