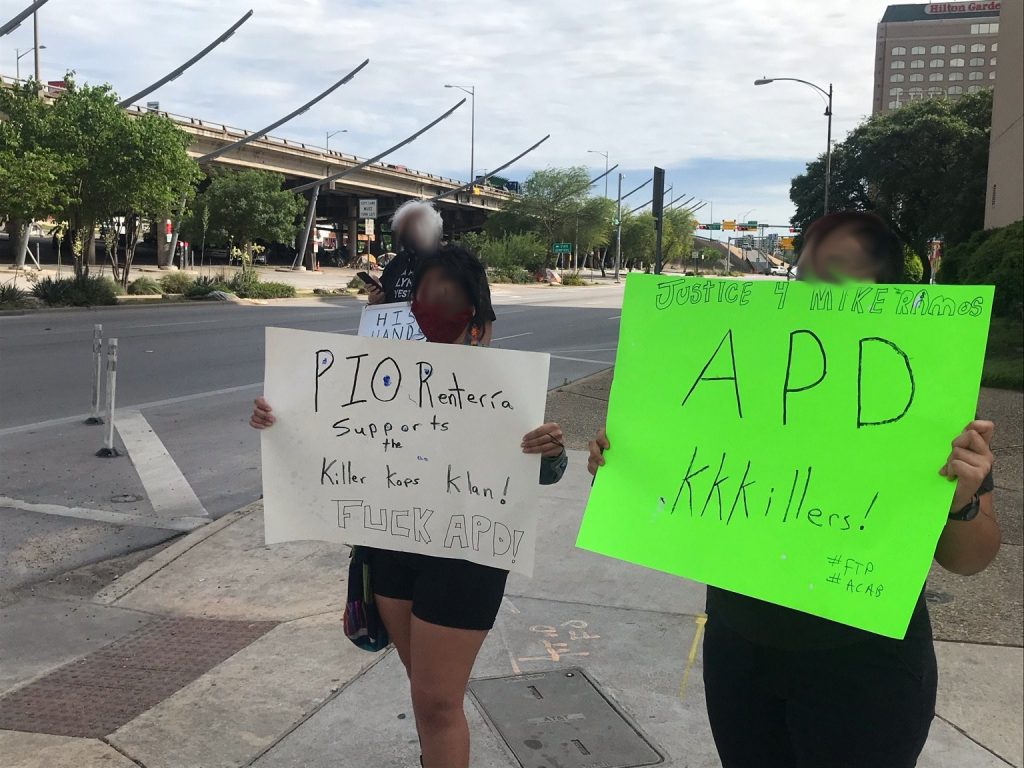 Anonymous submission. On the afternoon of April 25th, a small group of people showed up at the APD headquarters with signs and a megaphone. The protest came in response to APD’s murder of Michael Ramos in Southeast Austin on the evening of April 24th. This brief statement was sent along with the photos.

Witness neighbors of the shooting tell us that Michael Ramos was unarmed, was already totally blocked into the parking lot, so the dirty kkkiller police didn’t need to shoot him.
They could have shot tires without killing him.
Cops looked for a weapon, nothing. For 24 hours they looked.
But hey, chief Manley says the man needed to be shot because they train officers in Austin to kill you if you don’t stand there and let them shoot you with a ball in a shotgun.
Nonlethal failed. Cops kill then lie. This is how Austins genocide escalated during Covid Emergency 2020. Sick 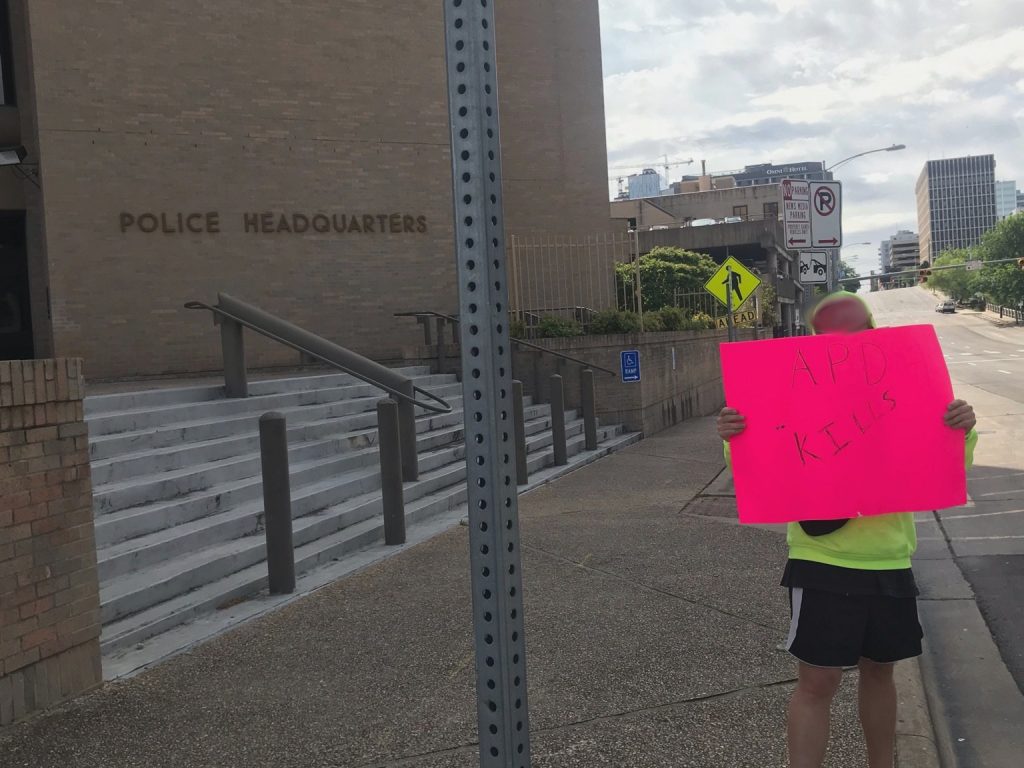 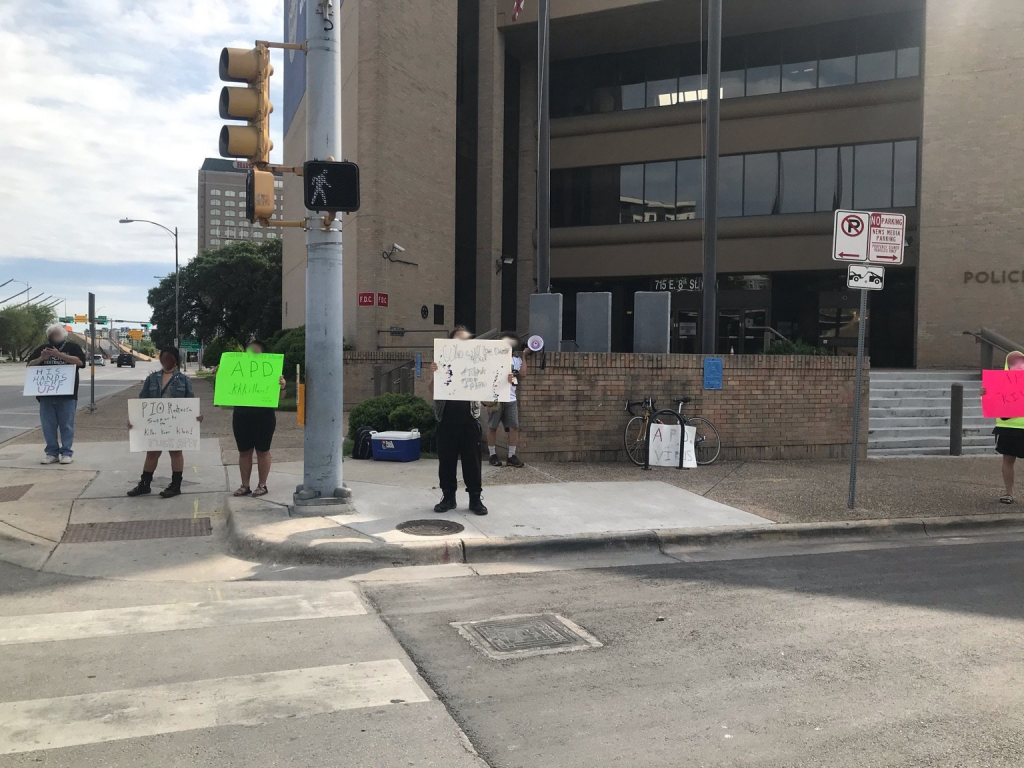