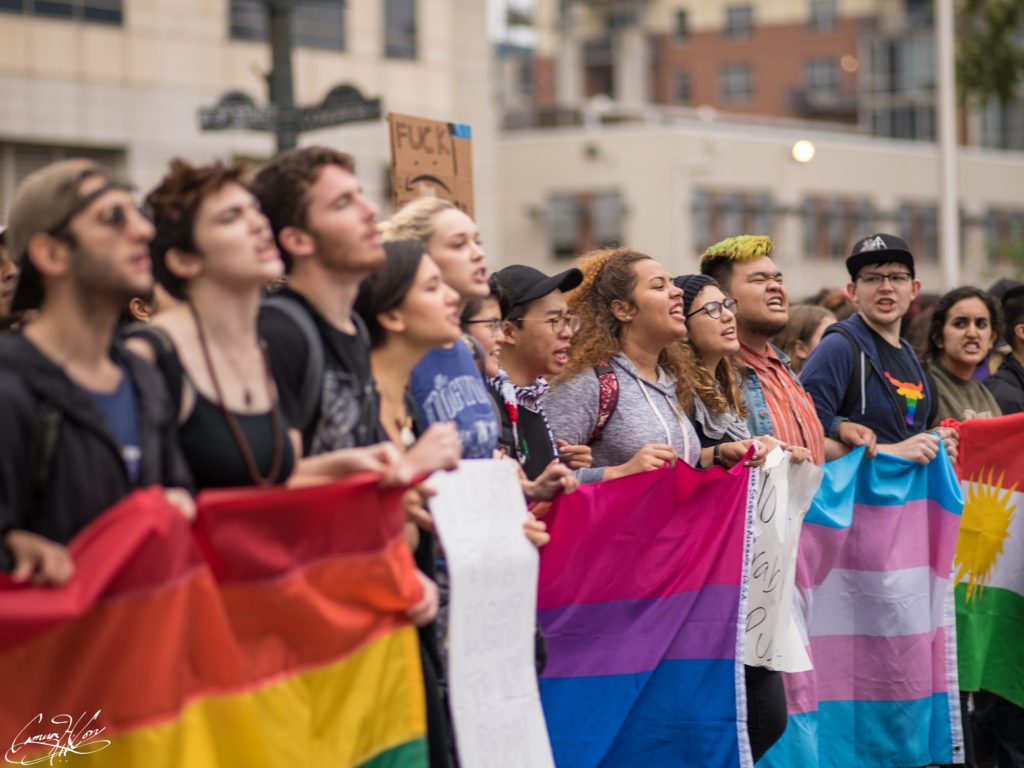 The election of Donald Trump, a fascist endorsed by the Ku Klux Klan and the Fraternal Order of the Police, sparked the mobilization of thousands across the country. Anger, frustration, and fear were channeled into mass demonstrations. In response to student demands, ATXResists (ATXR), a coalition of Palestinian, Queer, Trans, Black, Asian, Muslim, and Latinx students and their comrades, organized a mass demonstration in front of the UT Tower on Wednesday, November 9, 2016. The beginning of the rally consisted of unified chants decrying threats against marginalized peoples in the Austin community. Later, over a dozen students and community members spoke about their struggles and the need for mass mobilization and political organizing. The rally grew to hundreds of students, culminating in an instantaneous decision to march off campus that symbolically represented the desire to bridge the gap between the campus and the Austin community. As we marched through the streets of Austin, workers and community members felt compelled to join us, and together we marched on to 1st Street and Congress Bridges. We concluded the rally by returning to campus, where we grew to over a thousand students, workers, and community members.

The rally was originally organized on the basis of a radical, leftist vision for change. This election demonstrated that systemic change cannot be accomplished through electoral politics, a system originally created to exclude the same marginalized communities affected by Trump’s candidacy and subsequent election. Throughout history, the working class and oppressed peoples have not achieved liberation through the ballot box. The gains of those who came before us were achieved through arduous struggle, often outside of and against the very institutions that claim to “represent” the people. 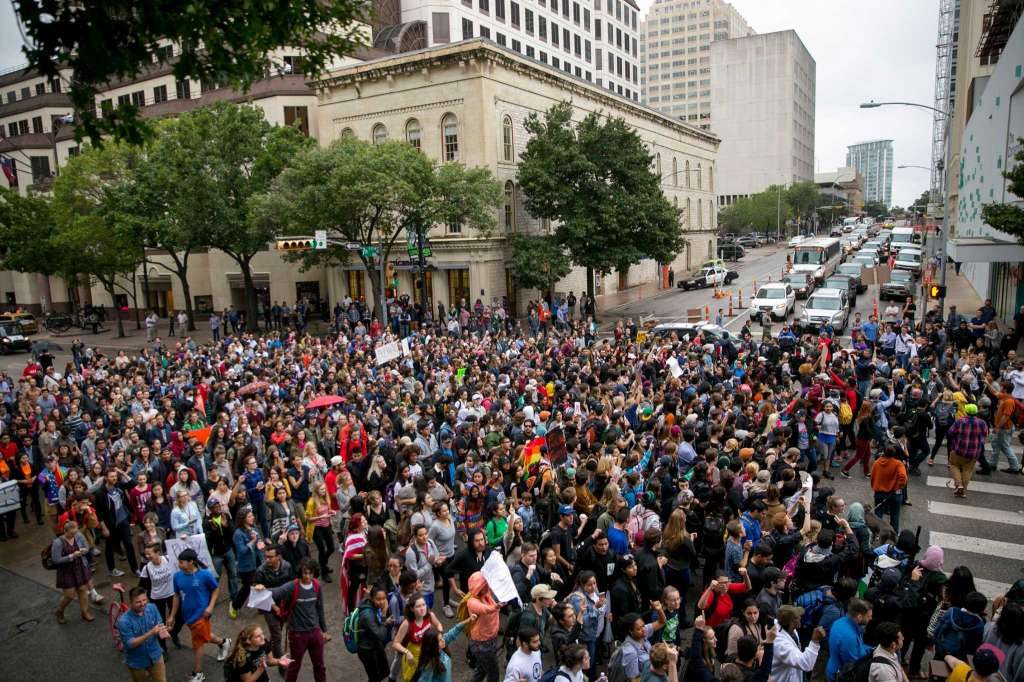 Notwithstanding the vision of the organizers, the political atmosphere emerging at the rally in response to Trump’s election was varied, and so pro-Clinton rhetoric attempted to co-opt the protest space. Many protesters shook hands with and chanted for the Austin Police Department–the very same police department responsible for the murder of two unarmed black Austinites: Larry Jackson Jr., a father of three children, and David Joseph, a 17 year old high school student. Further, Clinton supporters attempted to deradicalize the demonstration multiple times, including by failing to condemn the presence of police as they sought information about other protestors and organizers and by prioritizing hollow dialogue over confrontation and resistance to fascism. The follow-up Fuck Trump rally organized on November 10 was not organized by ATXR and reflected much of the demobilizing and marginalizing rhetoric we reject. These actions and their accompanying rhetoric did not represent the intentions of the original organizers as they do not address— rather they perpetuate— the frustrations faced by the majority of the communities represented in the protest.

The massive outpouring of support from students and the Austin community demonstrated the collective resilience and determination of oppressed peoples to forge a new path towards liberation. We are frustrated with the complacency and lack of inertia plaguing our organizing spaces. Already, groups within the Austin community are calling for the oppressed to sit quietly, accept a fascist President-elect as they normalize his presidency, and remain hopeful for the next election. ATXR unequivocally rejects these attempts to demobilize and these efforts to confine change to the lesser-of-two-evils, proposed cycle after cycle, by the unrepresentative Democratic and Republican parties that serve to protect the interests of capital and the elite. Support for either party perpetuates the oppressive systems of imperialism, racism, zionism, and capitalism. More specifically, ATXR emerged in response to the dominance of the left by the values of the Democratic Party and the need for a radical, leftist alternative.

Our protest on November 9 and this statement mark the creation of ATXResists as a coalition of Austin-based organizations that have come together with a common vision that extends far beyond party politics as they manifest themselves today. We are a radical assembly building grassroots power through our community. We encourage people to organize within their communities and join us to combat systems of oppressions. Join us as we resist oppression and organize for the liberation of all peoples no matter where they may find themselves. 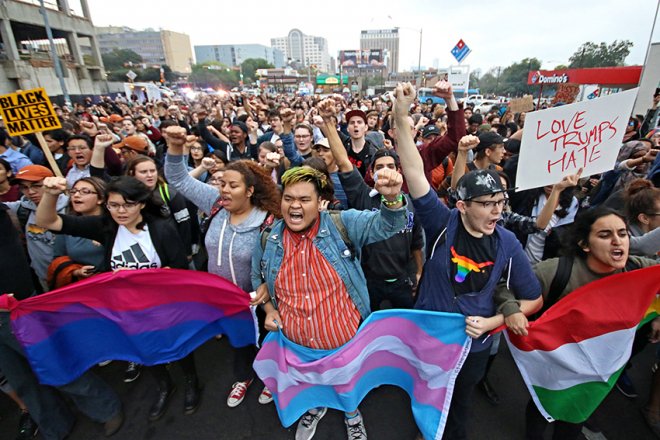