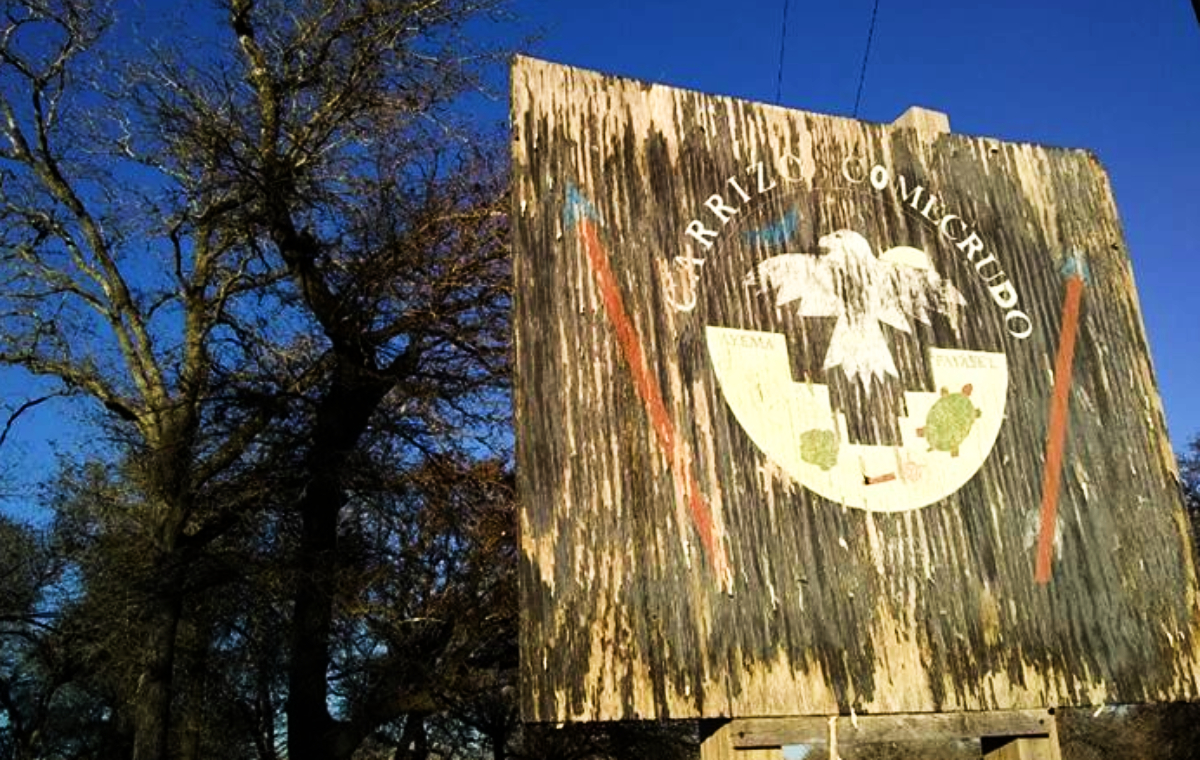 Originally published by It’s Going Down

In this episode, we had the pleasure of speaking to someone at the Somi Se’k Village Base Camp, which is an indigenous led resistance camp that is organizing along the Rio Grande in so-called Texas to mobilize against various resource extraction projects, threats to sacred sites, destruction of butterfly and other wildlife habitat, to provide direct aid to migrants, and also to fight border wall construction.

Earlier today, we held banners on the proposed site of Rio Grande LNG to demand French bank Société Générale no longer finance this fracked gas project that would pollute the Valley! #StopRioGrandeLNGOn Friday, activists in France will mobilize outside the bank office to demand they divest from Rio Grande LNG & all fracking projects.

During our interview, we talk about the land the the battles facing the people there, and their call for solidarity and support. On their Facebook page, they write:

the Somi Se’k Village Base Camp’s mission is to populate and support a network of front Line Encampments (Wolf Pack) villages along the so called Mexican-American border. These villages will be active in providing aid to our asylum seeking relatives, protecting indigenous sacred sites, resisting construction of the LNG (fracked gas) terminal, accompanying pipelines, and stopping the Border wall. We fight to stop the senseless endangerment of people, animals, and the environment.

The first encampment that our Base Camp will support will be the Yalui village, located at the National Butterfly Center, which the border wall will soon divide and desecrate. The village will exist on both sides of the wall. From there, we will rebuild more Esto’k villages, from which we will protect, aid, and bear witness along the so called Texas-Mexico border.

The Somi Se’k Village Base Camp will support and train activists to populate these villages. We operate with the understanding that the issues arising around the border– the right to migrate, destruction of the environment and indigenous sacred sites, and the inhumane incarceration of migrant children– are intersectional and are symptoms of centuries-long control and oppression by colonizers.

We are Natives and non-Natives, Water Protectors, military veterans, students, community organizers, antifacist collectives, and working people. Working under the leadership of indigenous communities, we are people of all races, genders, ethnicities, political and spiritual backgrounds, and ages. We recognize our co-dependence and understand that we are one people.

To get in touch, donate, and learn more, go here.

After the interview, our discussion then turns to headlines, where we tackle the continued rapid disintegration of the Trump administration, the increasing far-Right rhetoric against migrant workers, Trump’s failure to get border wall funding passed, and also, the ramifications of his recent decision to pull out of Syria, leaving the Kurds and Rojavan territories to face Turkish and ISIS aggression on their own. For up to the minute news from Kurdistan, please follow ANF News as well as our comrades at Internationalist Commune.

We will return before the end of the year with announcements on new projects for 2019 as well as info on looking back on 2018. See you soon!