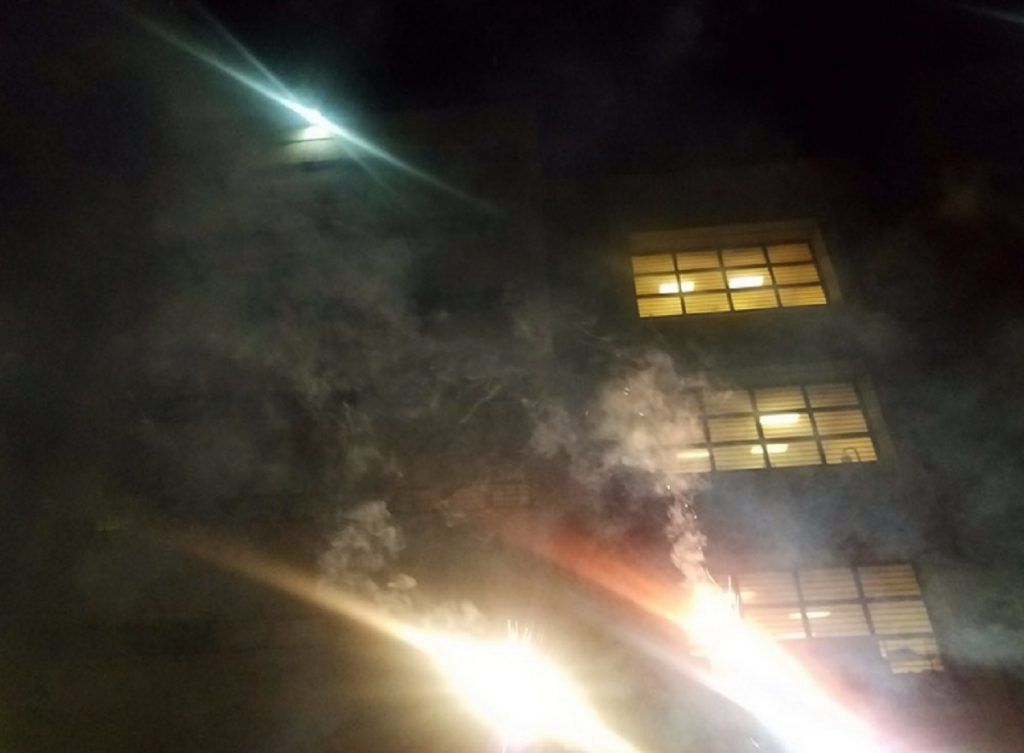 Republished from It’s Going Down

Report back from the prisoner solidarity noise demonstration in Austin, Texas.

On December 31st, anarchists in Austin TX carried on the tradition of our annual solidarity noise demo at the Travis County jail. Around 10 folks gathered at a nearby park and walked to the jail together, joining others who were waiting for us. In total, there were around 15 of us, masked up and feeling festive!

At 11:50 PM we started cheering and making noise, which progressively got louder as midnight approached. Color smoke bombs and fireworks were set off, and silly string decorated the monuments in front of the jail. Some folks inside the jail let us know we were heard by turning their lights on and off. We carried on to the other side of the building, setting off more fireworks and dancing in the streets. Some fences surrounding construction in front of the jail were joyously torn down.

The festivities simmered down around 12:20 AM, when we were harassed by the pigs – but by then we had accomplished what we sought to do. We only managed to snap a blurry photo, as most of us didn’t have phones (security culture duhhhhh) and we wanted to focus on the action – but the memory of a smoke filled sky in front of the jail is a beautiful one!

Towards a world without cages! xx