Recently, we’ve found that there are affiliates of the InfoWars network within the student body. We stumbled upon this initially while reading some articles from right-leaning sites that mentioned the Autonomous Student Network, during which we realized that the author was a UT student claiming publication credits on InfoWars.

Meet Ethan Berman and Emily Shrode. Both romantic partners and partners in political activity, the pair have ties to InfoWars in Austin and are otherwise active in right wing politics. Ideologically, they espouse libertarian, individualist beliefs. In speech and practice, this leads to them denouncing “Marxism,” “political correctness,” and most movements for the oppressed & exploited.

Co-founder of Cattle Productions, a film production company. The other team members include Emily Shrode, listed below, and a few other people who seem to be libertarian friends of Emily & Ethan. Since those folks do not, from our initial investigations, appear to be active in the way Ethan & Emily are, they will not be listed in this article.

On his bio for The College Fix, he is described as a head writer for the Texas Student Television show Sneak Peak.

Ethan has the most extensive relationship to InfoWars. In the fall of 2018, he secretly recorded a UT professor speaking on Marxism and submitted the video to InfoWars as part of their “University Wars” campaign, which targets professors for espousing leftist beliefs. He appeared on InfoWars’s “War Room” to discuss “campus liberalism” and “cultural Marxism“–a right-wing conspiracy theory that has animated white supremacist violence from Norway to New Zealand. Alongside Emily, he has appeared at multiple InfoWars rallies and written about them for his personal blog, “Bermansplaining.” This content of his blog contains praises for white nationalist Steve Bannon, criticisms of Dr. Christine Blasey Ford & defenses of rapist SCOTUS Justice Kavanaugh, descriptions of “patriots” protesting abortion, and posts about cryptocurrency. In one post, Emily conducts an interview with Alex Jones after he disrupted a panel at Texas Tribune Festival 2018. Some posts make reference to their opposition to “globalists,” and in her interview with Jones, Emily makes a joke about George Soros. 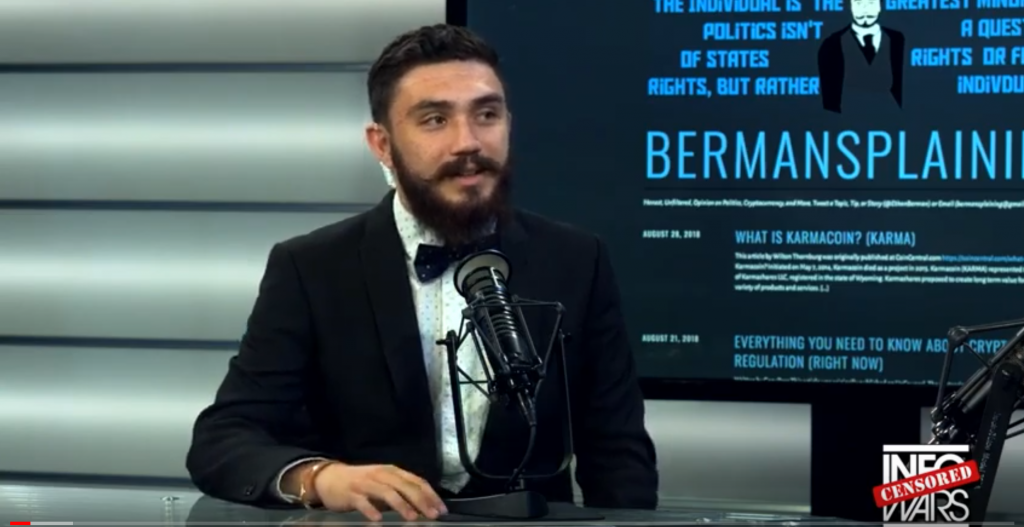 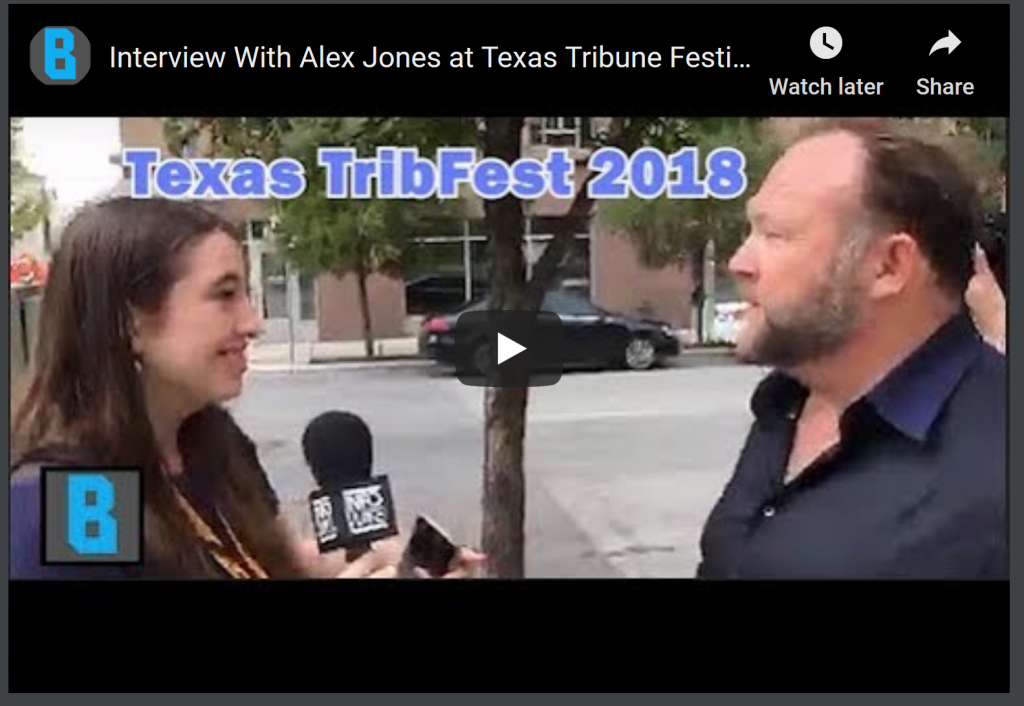 To be clear, this article is being written to highlight Emily & Ethan’s activities with InfoWars, not just their putatively libertarian ideology. While we do not like libertarians, we wouldn’t care enough to write about them if they were not active with fascist, white nationalist, & adjacent groups. Ethan’s surveillance of college professors in particular poses a threat to critical, liberatory thought & action. Some of their social media activity reflects this white nationalist affinities, and we highlight it here to make this tendency clearer.

In this post, Ethan responds to a tweet from Emily referencing the Rothschild conspiracy theory–one with anti-semitic origins–with a screenshot from the Nazi-infested cesspool of 4chan’s /pol/. 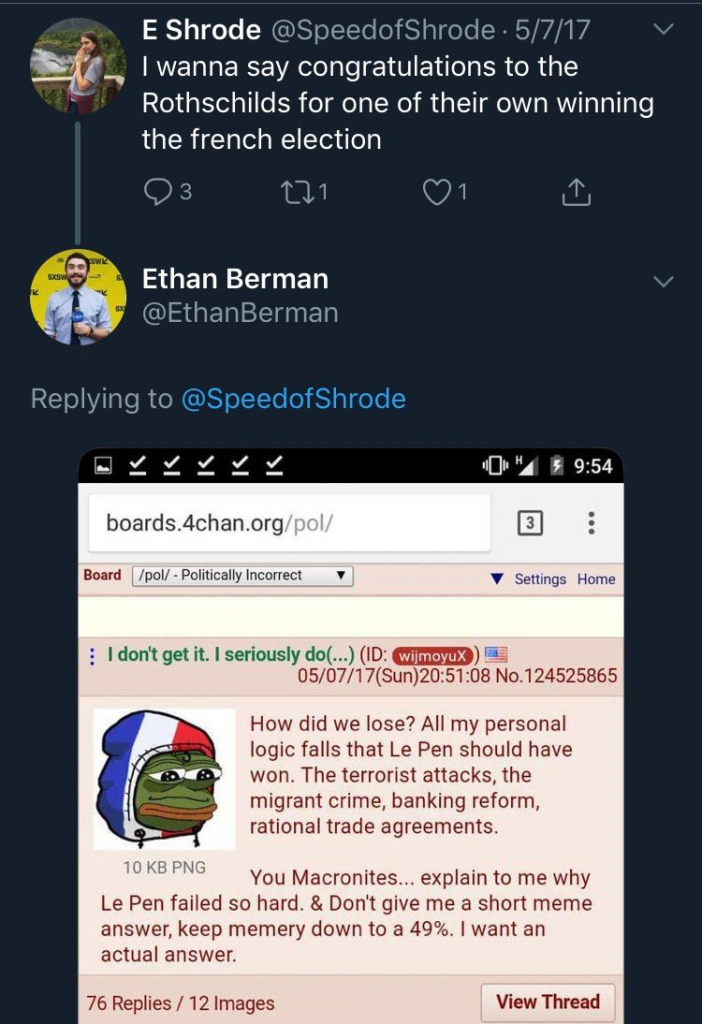 Ethan shares other videos from faux-intellectual libertarian-right site PragerU, and appears to be part of their “PragerForce” team, which consists of college students recruited to spread PragerU videos weekly. This particular post celebrates the genocidal descents of slave catchers we know as police while stoking racist fears of rising crime rates. 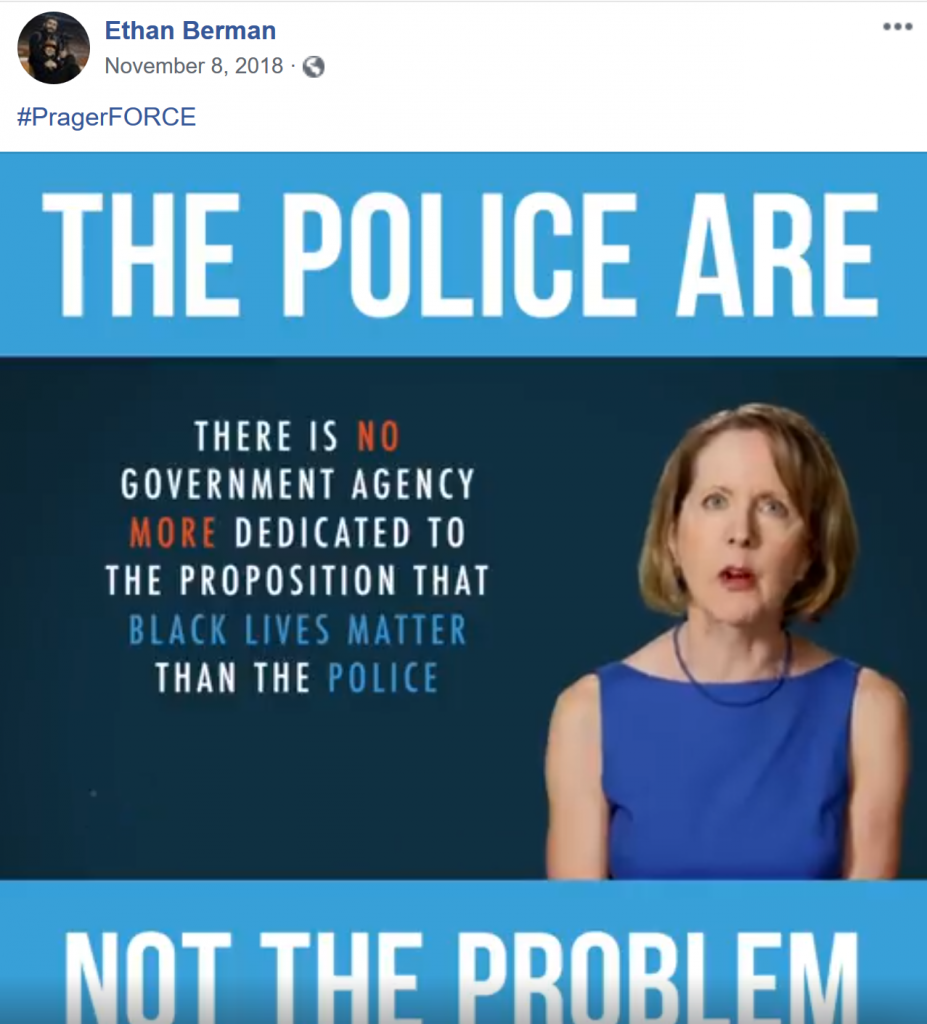 For the rest of their time at UT, and for Berman’s stint at UNLV Law, classmates should be on alert for these two. You never know when they’ll spy on you or your professors as part of their work collaborating with fascism & white supremacy.

Send any intel about the people listed here or similar figures to us on facebook, twitter, or at our email!